Baloo is a Belgian Malinois and was born in Amsterdam.  She came to England to train with Essex Police to be a general purpose police dog when she was one year old.  She was teamed up with Ross who would be her handler and they started on their journey early in 2018.

Baloo successfully passed her testing after training in March 2018 and proved to be a tenacious Police Dog.  Her career was cut short when she was struck by a suspect’s car fleeing a crime scene one October night.  Scared and injured she fled the scene and it took a substantial search by Essex Police to find her. She was rushed to the Police vets who gave her pain relief and she was immediately transferred to Dick Whites the specialist Vets in Cambridge.

Unfortunately, her injuries were so severe that she required metal plates to be screwed into both sides of her pelvis, they were hoping to save her front right leg but unfortunately, this had to be amputated the following day.

After being crated for 2 weeks at the vets she returned home to Ross for another 2 weeks of crate rest to recover from her ordeal.

With a long road of recovery ahead Ross had to look to the future and the dedication that this would take, having a young family, pet dogs, working long hours and the fact that he would now be allocated a new dog to train to become his new police dog he made the heartbreaking decision to rehome her so that she could receive the time and care that she now required. 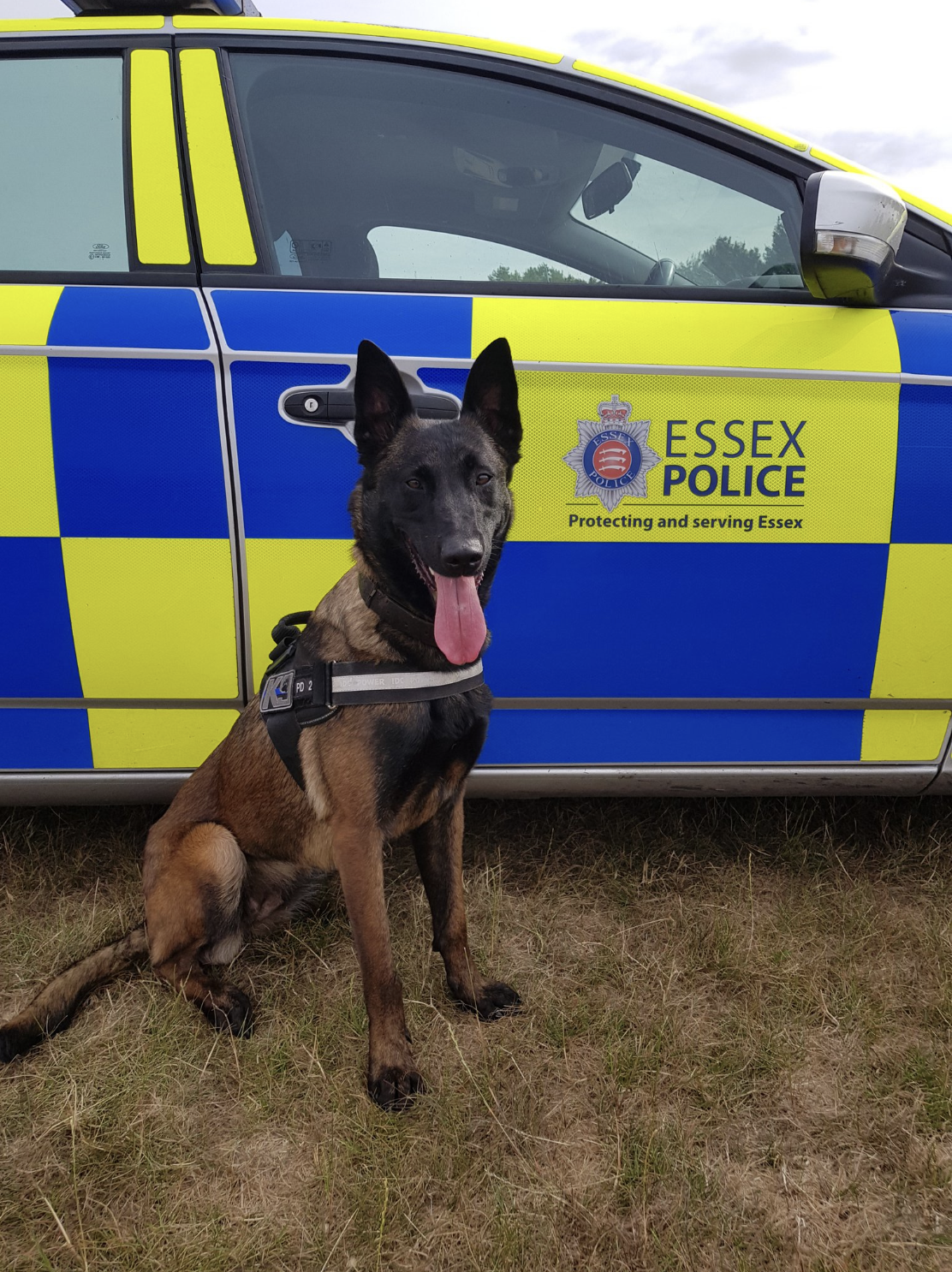 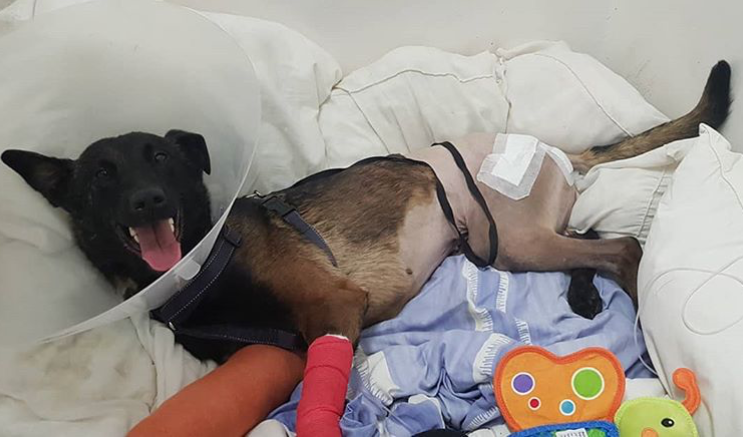 The search for a new home

Essex police reached out to the community for a suitable new owner.  They were overwhelmed with offers some from as far afield as Australia!

There was one couple that stood out!  Mandy and Victoria.  They lived in Essex so Ross could still get to spend time with Baloo.  Mandy was a retired Metropolitan Police dog handler with 26 years of experience, she had worked 4 police dogs during her career and now being retired had all the time that was required for Baloo’s rehabilitation.  Her partner Victoria, therefore, has the experience of Police dogs, and being very active has the stamina to keep up with a Malinois!

Ross and his family wanted to spend Christmas with Baloo so on the 27th December 2018 she moved into Mandy and Victoria’s home with their 4 year old Jack Russel Terrier Titch. 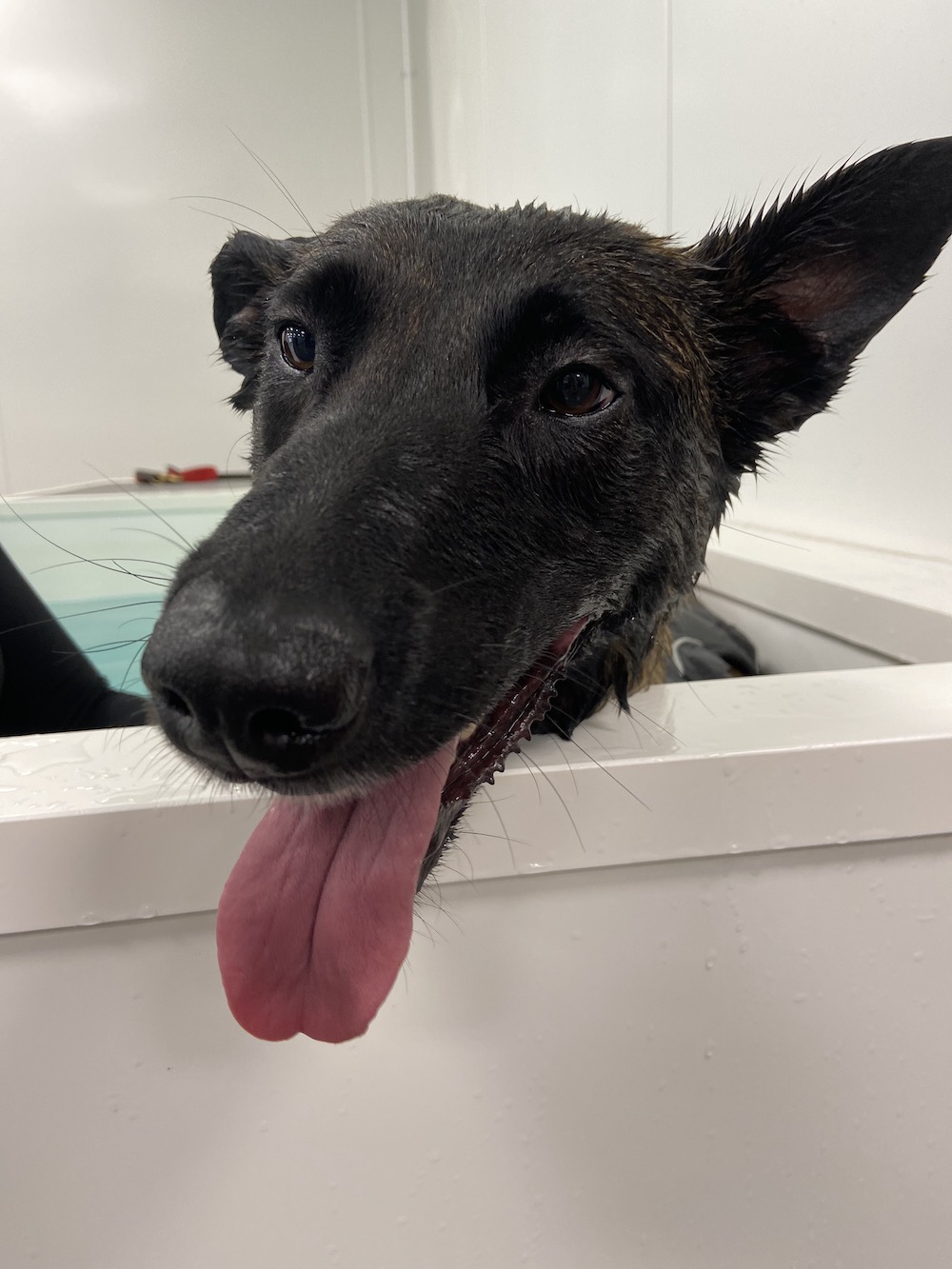 The road to recovery

After Baloo had fully settled in and the bond had been established weekly visits to Writtle University College for physiotherapy and hydrotherapy commenced.  Jade Terry the Vetphysio was the first person to assess Baloo and still keeps her eye on her today.

The progress that Baloo made was astounding, her increase in muscle and strength was quite unbelievable.  Mandy and Victoria set to undertaking their homework of exercises with Baloo and adhered to the guidance that Writtle University College supplied on exercise and recommendations for leads and harnesses and she improved in leaps and bounds.

Lauren Hunt is now our regular Vetphysio who keeps an eye on Baloo’s progress, Baloo loves her sessions as they make it such a positive experience.  The students at Writtle University College learn so much from Baloo due to her particular medical issues so she is helping with the knowledge and experience of future vetphysio’s.

A new life for Baloo

Baloo is exceptional, she had been through such a massive trauma both physically and psychologically.  She has a can-do positive attitude and is always so happy.  What Mandy and Victoria noticed was that she loved meeting people, being fussed and the reaction of people when they met her was joyous.

The teams that were on duty that fateful night in October were also affected by her accident. The Force Control Room at Essex Police were all listening to the event unfold on the radios and it was a very sad upsetting memory for them.  These people in the call centre deal with all sorts of horrific incidents on a daily basis and this inevitably takes it toll. Whereas it is normally people that they don’t know they are dealing with on this occasion Baloo was one of their own, one of the Essex Police team.

Well one visit to them by Baloo changed that!  In bursts this full of life, happy, in your face, in your bag for your sandwiches three legged dog.  The room was immediately full of smiles. 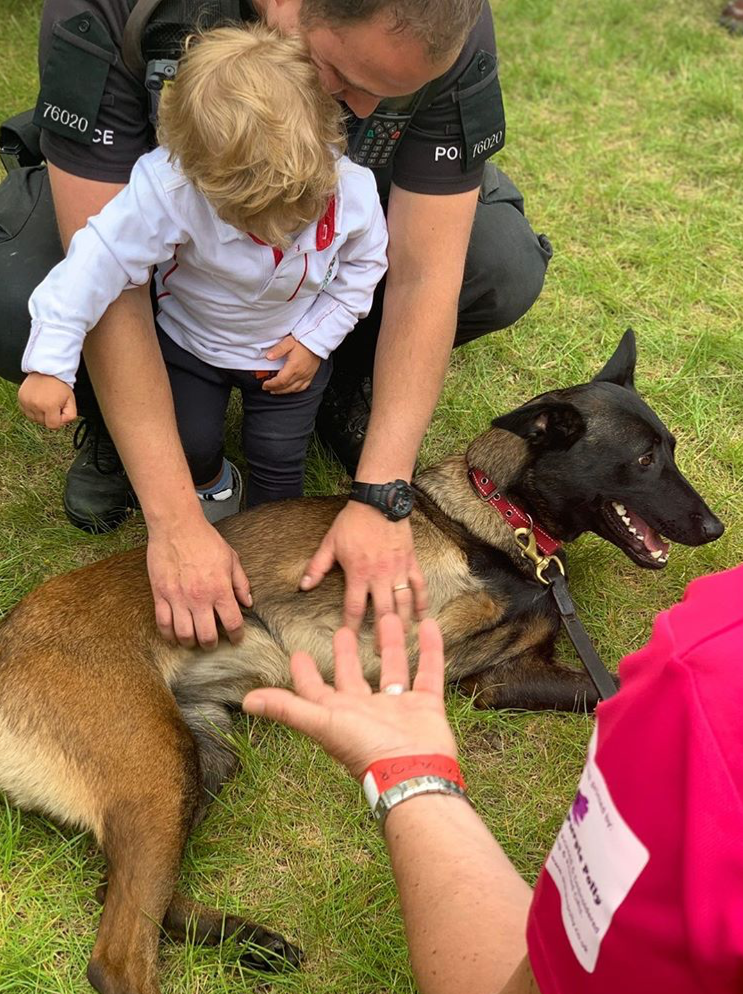 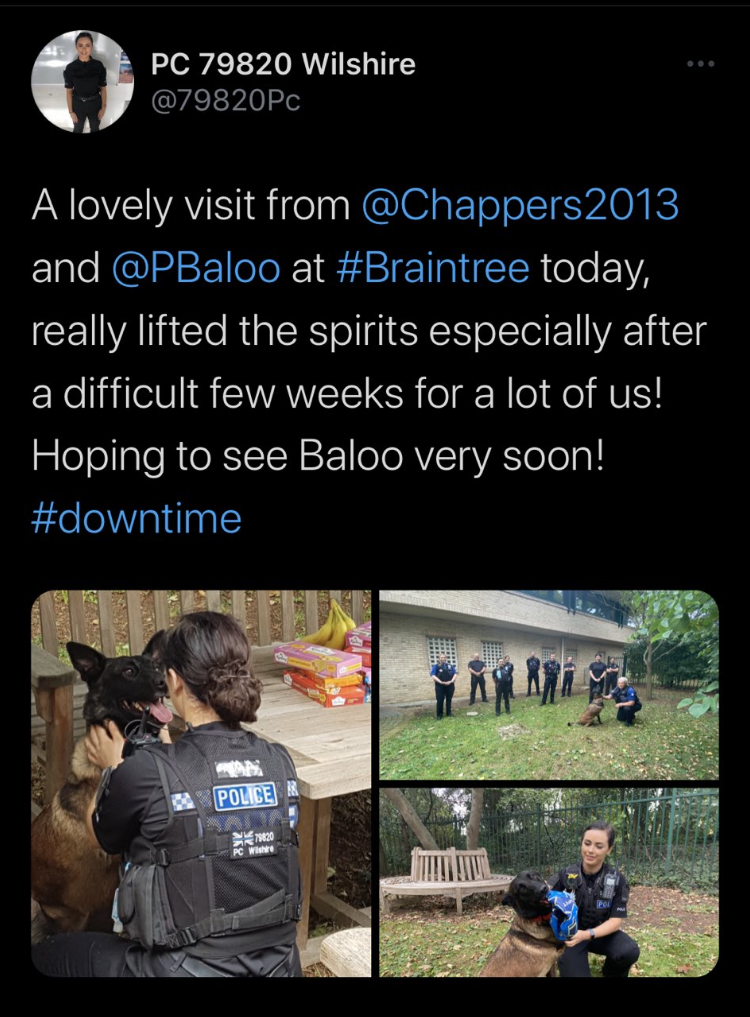 This one experience of seeing everyone’s reaction to Baloo sowed that seed that she could spread smiles elsewhere with her powerful story of resilience, strength, and determination.

More visits to other Police teams started and the reaction was the same.  She was then adopted by Essex Police Cadets as their mascot and then became The Essex Police Welfare dog visiting teams that had dealt with particulary upsetting events.  This was a first for any Police service in the UK.

Through Essex Police, visits were then arranged to some Schools and other organisations that had been identified as needing support and the feedback that was received was so positive.

We have to mention here the Baby Baloos. Mandy and Victoria were given a Baby crochet Baloo, it was perfect it had the exact markings of when Baloo was recovering and showed all the areas that had been shaved on her for her operations.

After a post on Twitter, Lara from Laras Cottage Crafts was receiving requests for Baby Baloo’s from all over the country, they have since been going to Canada, Australia and Europe.

People have them for all sorts of reasons from a lucky mascot to a reminder that you can overcome anything. 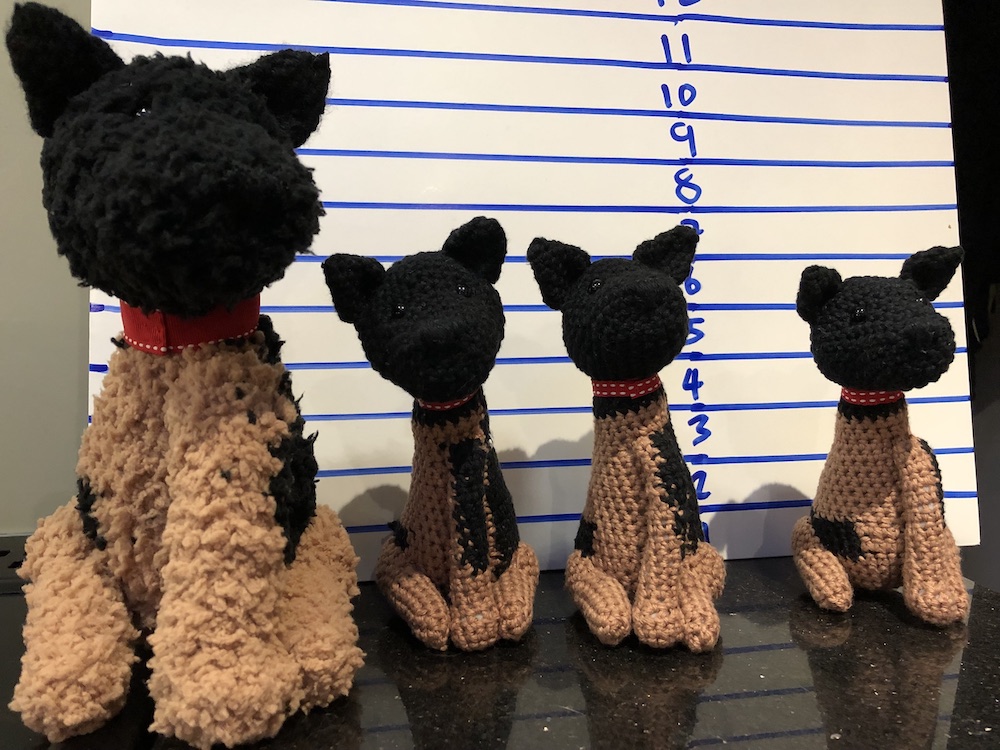 Team Baloo is far reaching and was always about the support for Baloo, the people that had her back, that were looking out for her putting time in to rehabilitate, strengthen her and give her the best possible outcome longterm.

The Team Baloo Fund is going to be all about supporting other people and spreading smiles! 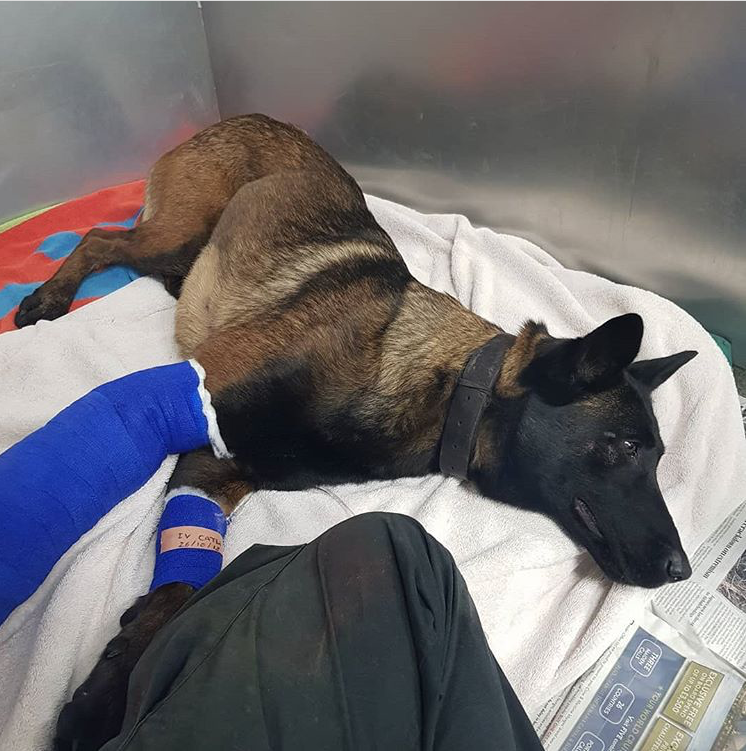 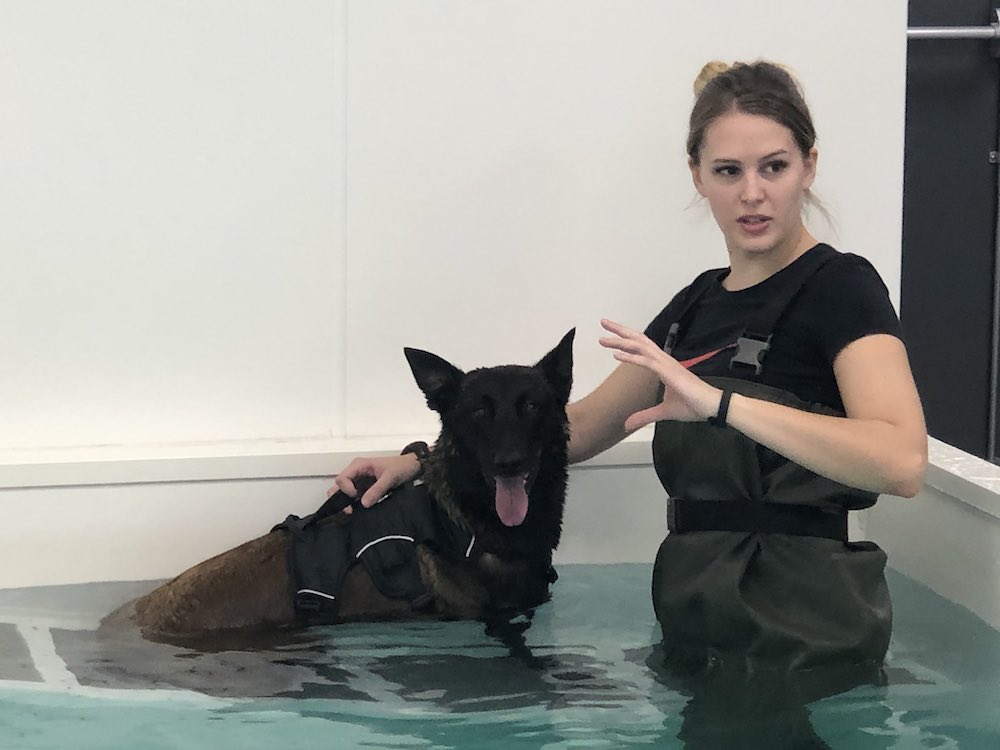 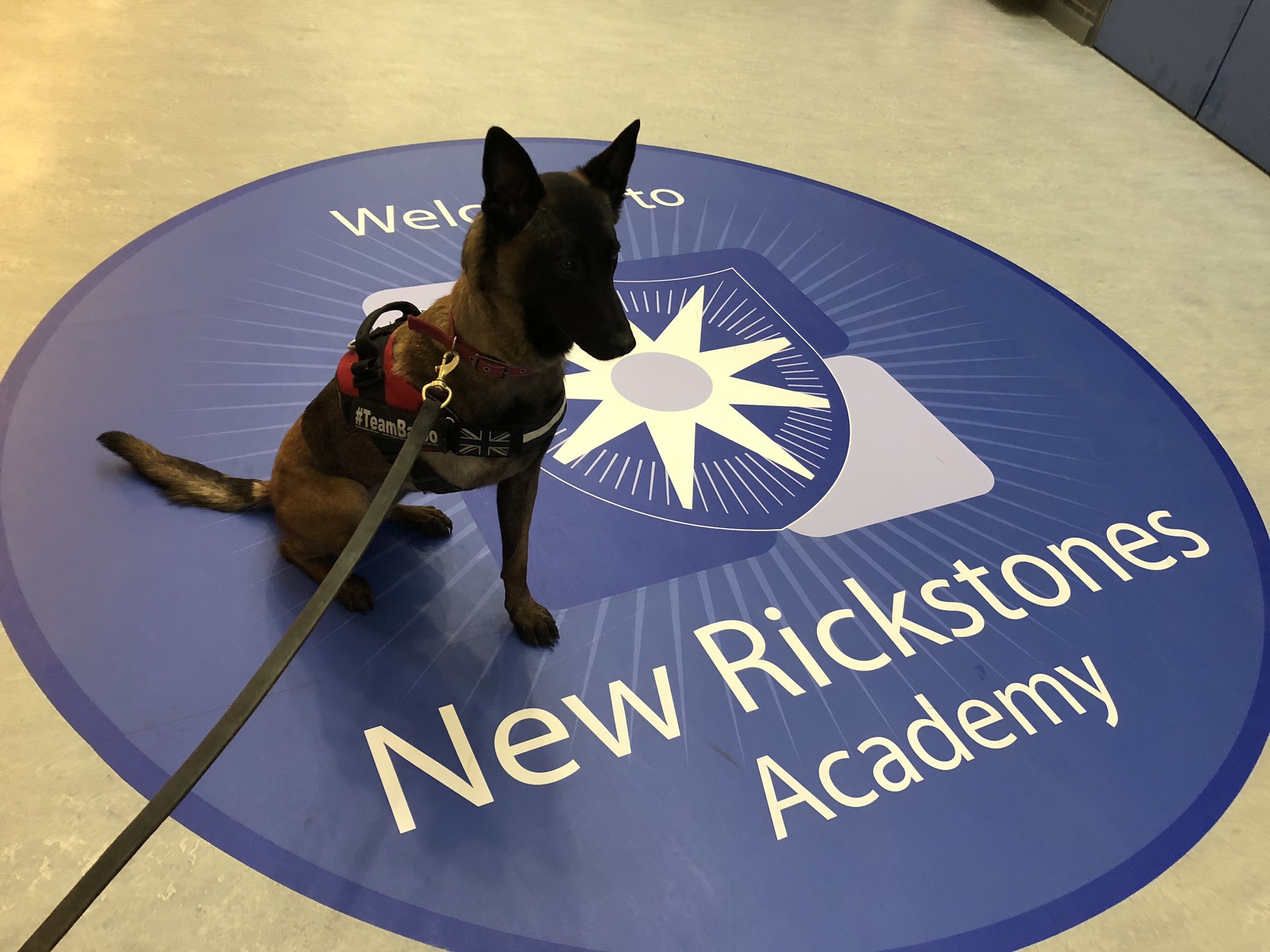 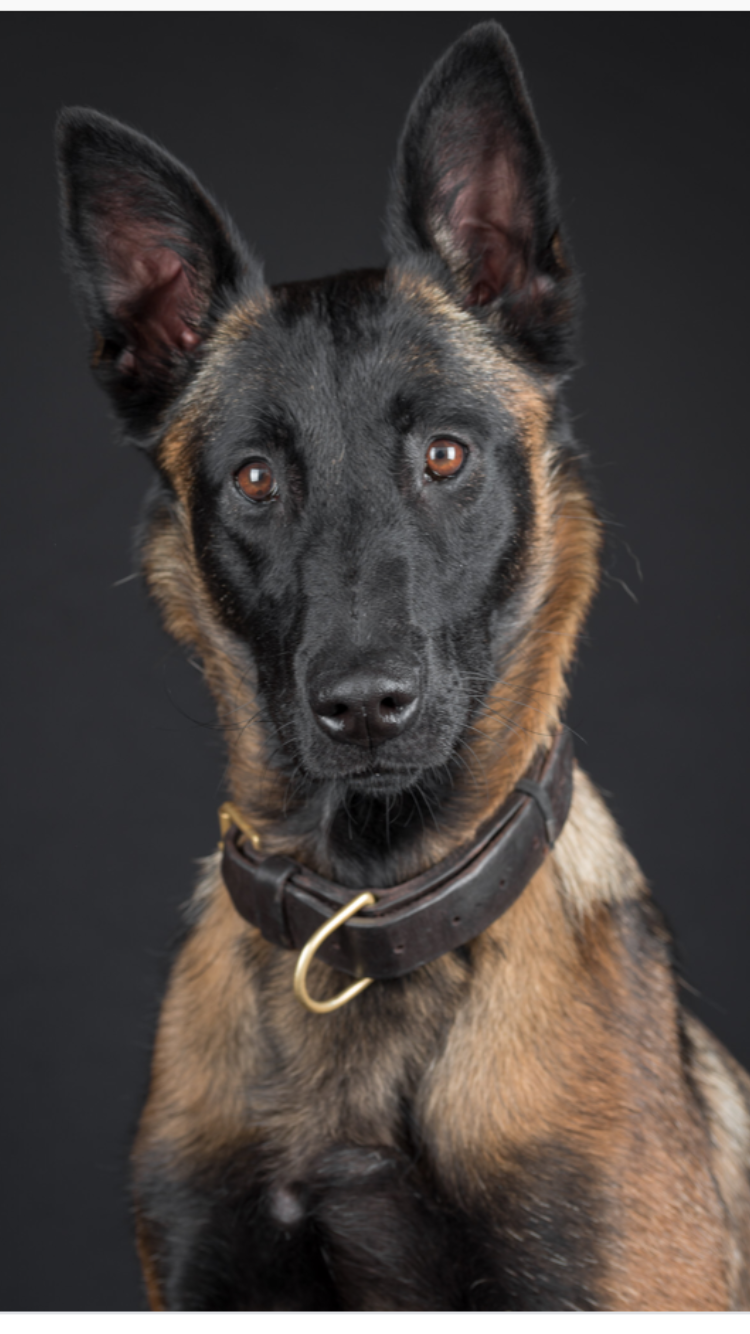 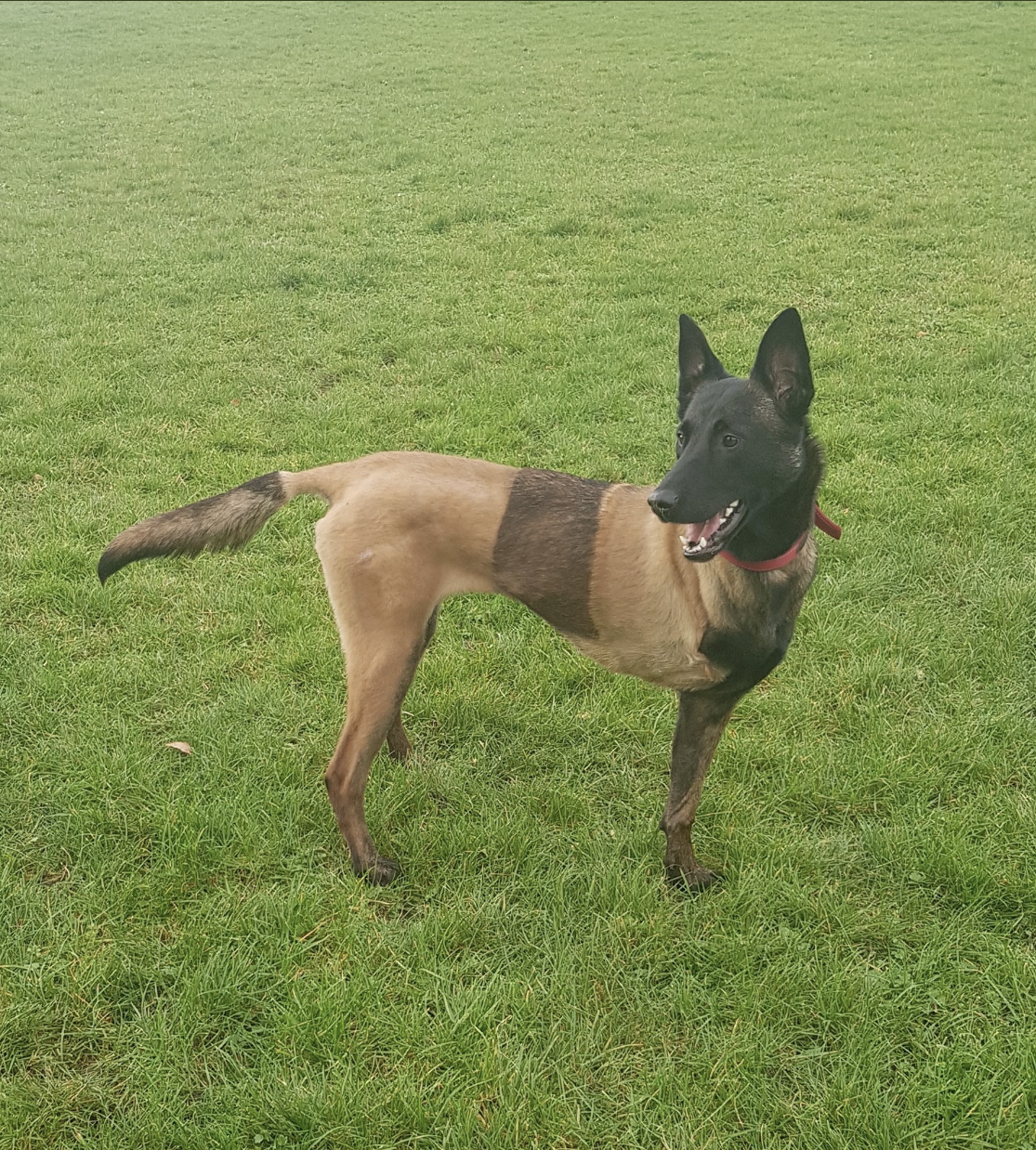 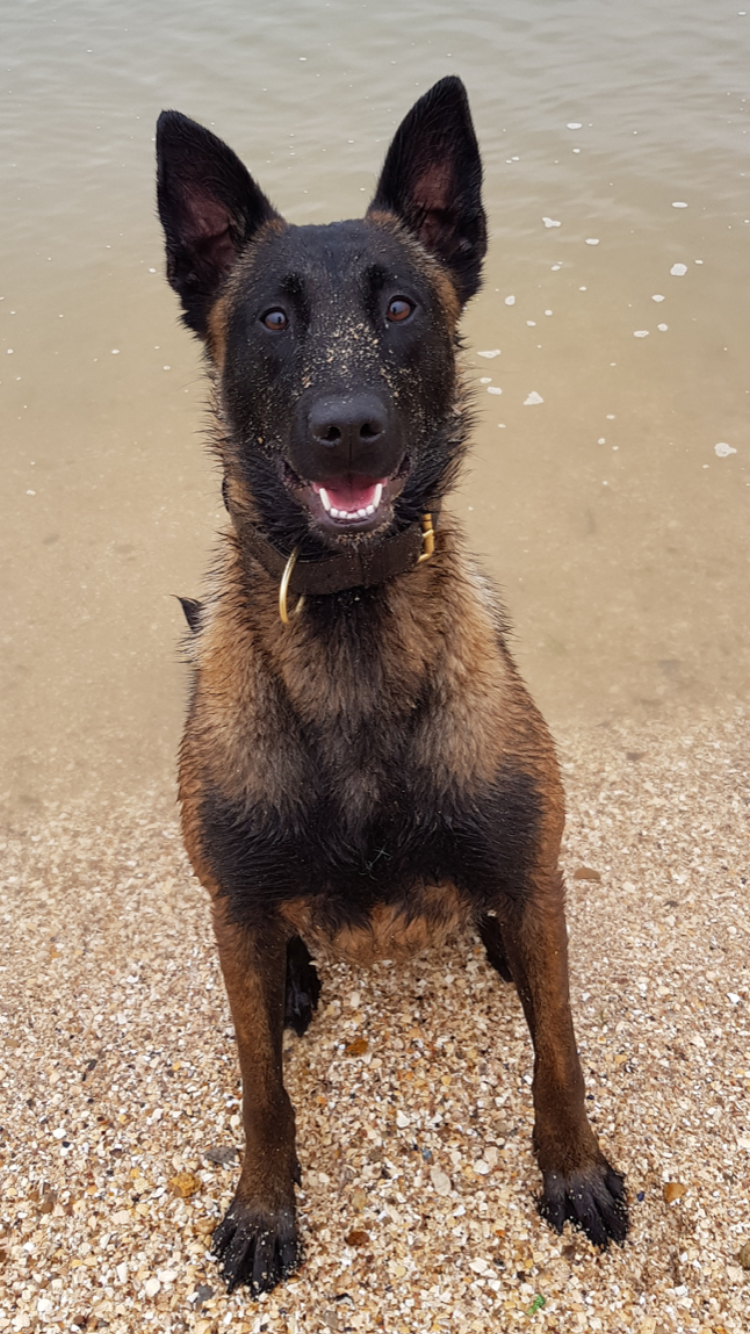 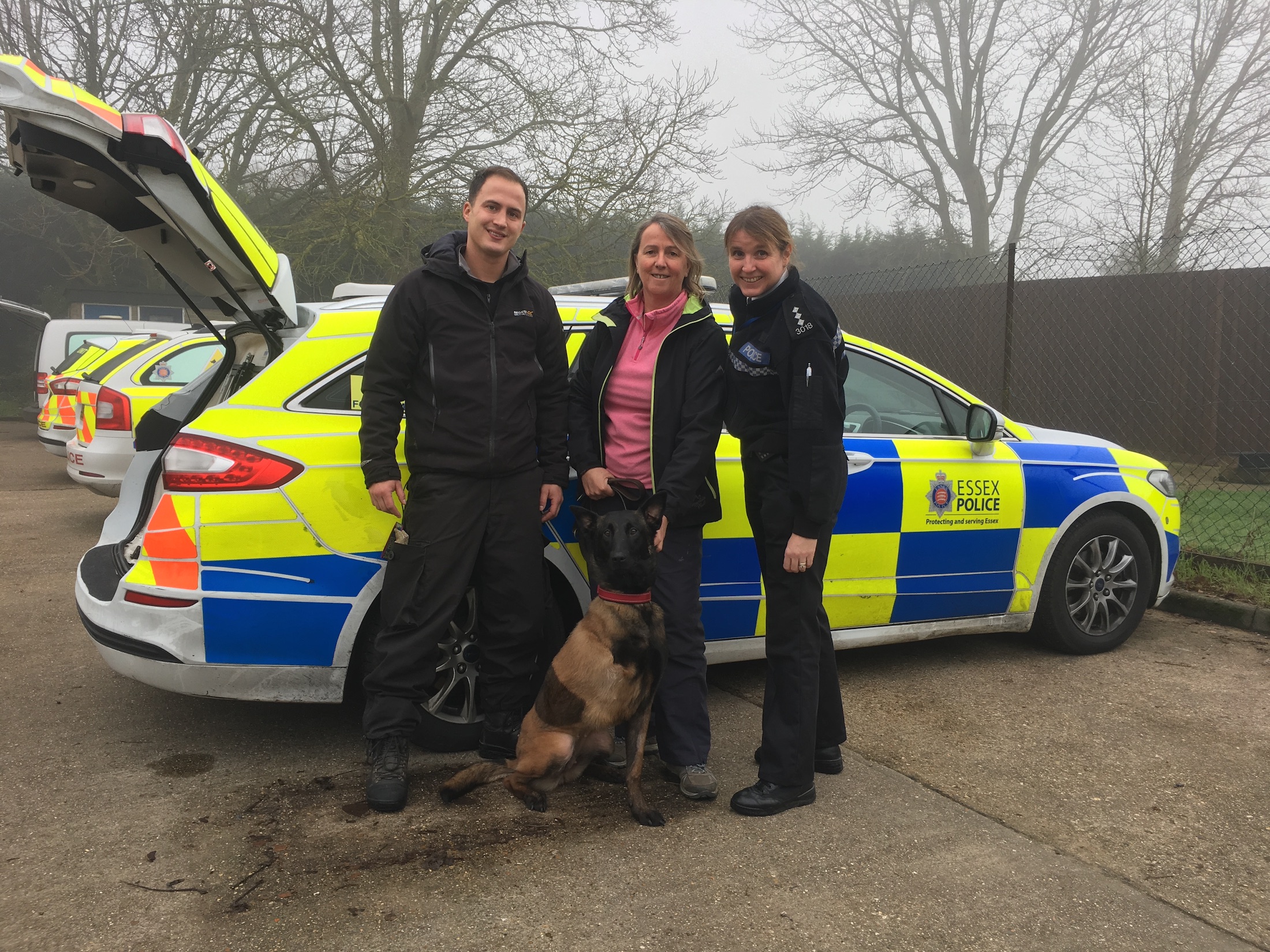 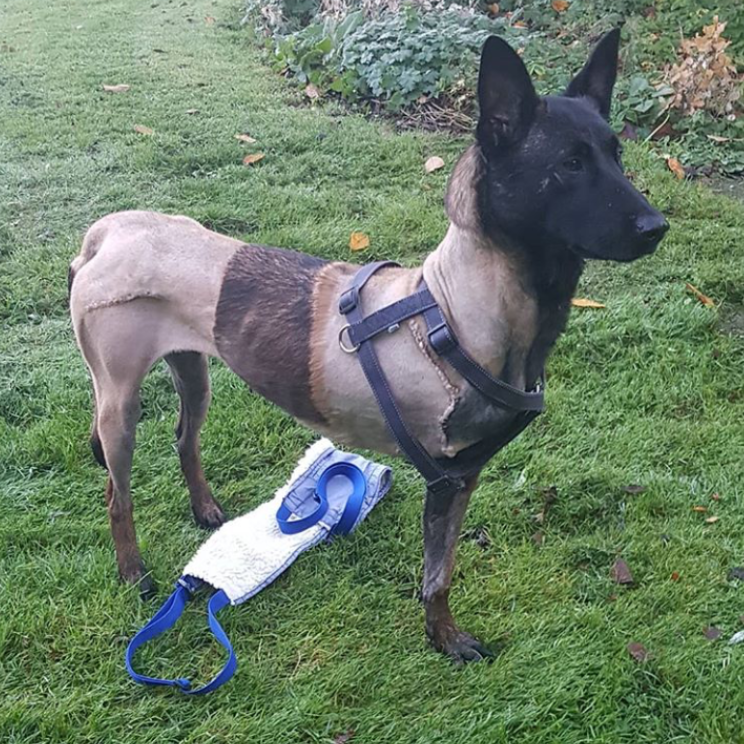 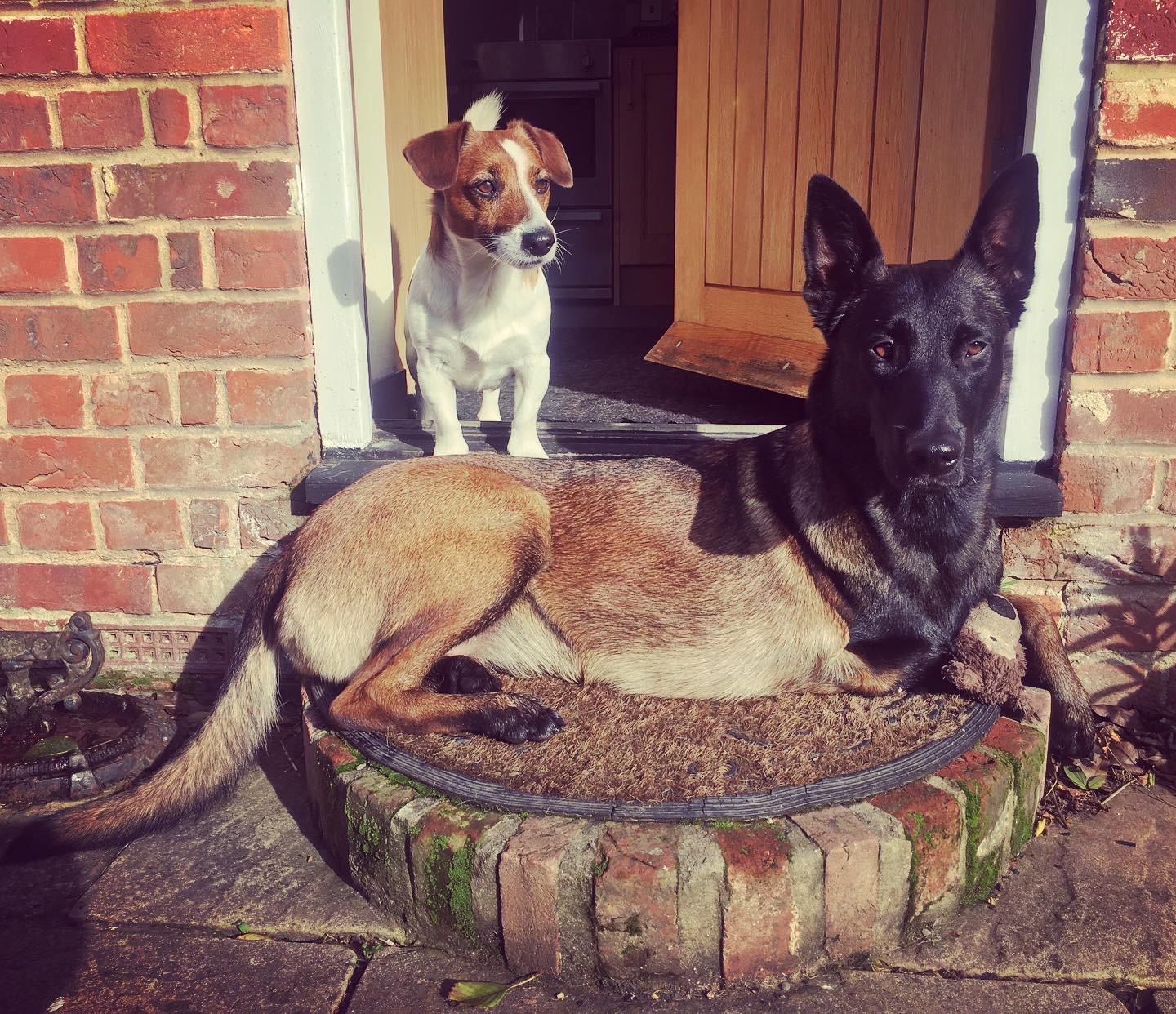 Baloo visited John Bunyan Junior School today with @essexpoliceuk explaining the role of #policedogs and sharing her story of resilience. It lifted the whole Schools spirits as she was their first visitor since lockdown began. COVID safe measures were in place to keep everyone safe. #schoolvisit #juniorschool #essex #covidsafe #retiredpolicedog #police #communityengagement #belgianmalinois #tripawd #tripawdsofinstagram #teambaloo

Back to Canicross now the weather has cooled down. Baloo loved her first run back with lots of rest stops to ease her back in gently. #canicross #teambaloo #belgianmalinois #retiredpolicedog #tripawd #tripawdsofinstagram